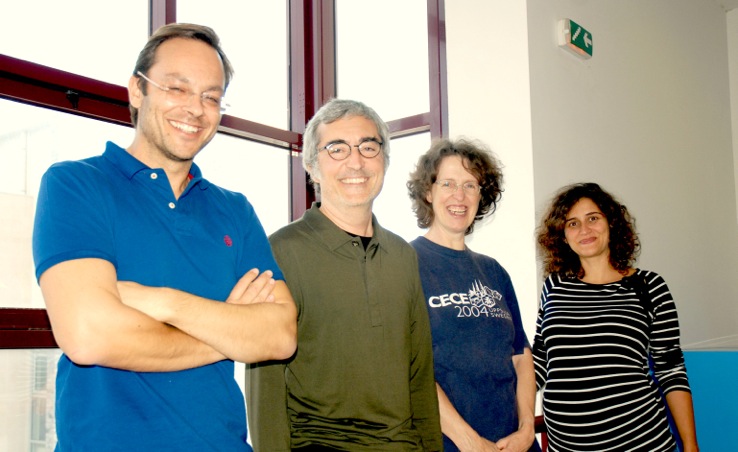 The Institute of Hygiene and Tropical Medicine (IHMT) is one of the winners of the most recent Fellowships Grand Challenges Explorationcontest of the Bill & Melinda Gates Foundation. Coordinated by Henrique Silveira, and in collaboration with the Center for Marine Sciences (CCMAR), the teams propose to use the approximately €90,000 in funding to develop, for the Anopheles gambiae mosquito, which transmits malaria, an alternative meal to the conventional blood meal. The project will make the breeding of these mosquitoes in the laboratory, for disease control or research purposes, less dependent on the availability of human or animal blood, thus more effective and safer.

The Anopheles mosquito is a vector of malaria transmission because it carries the disease-causing parasite, Plasmodium, from one person (or animal) to another. In a bite, the parasite passes in the blood that is sucked out, from the infected person to the female Anopheles. In the mosquito the parasite grows and multiplies, accumulating in the salivary glands. At the next bite, the parasites are injected with the mosquito's saliva into a new host, and a new infection begins.

Anopheles females need blood meals (obtained through bites) to produce eggs and ensure reproduction. In a project funded by FCT and coordinated by João Cardoso, from CCMAR, the researchers identified a peptide (small protein) in human blood that stimulates mosquito reproduction. They now propose to test this factor in an artificial meal, with the aim of producing an effective substitute for the blood meal.

The peptide that the researchers have identified binds to so-called G-Protein Coupled Receptors (GPCRs). It is known that in humans (and other vertebrates) peptides and their receptors participate in various physiological processes. João Cardoso has shown that the receptors are also present in invertebrates, namely in the Anopheles mosquito, and that they are activated by peptides circulating in human blood. One of the effects of their activation is to stimulate mosquito reproduction. The Gates Foundation grant will allow teams to study the mechanism behind this process. If they are successful they will then be able to apply for further funding from the Gates Foundation - to the tune of $1 million - to move on to the next stage of the research. The ultimate goal is to create an artificial meal that will allow researchers anywhere in the world to breed mosquitoes on a large scale in an effective, safe and ethical way.

O IHMT of Universidade Nova de Lisboa is part of the Global Health and Tropical Medicine unit. This unit and the CCMARof the University of Algarve are FCT funded, both having obtained the classification of Excellent in the last FCT evaluation.

The Program Grand Challenges Exploration program supports researchers around the world in innovative projects aimed at solving global health and development challenges. The project led by Henrique Silveira is one of more than 50 funded in the 15th edition of this program.