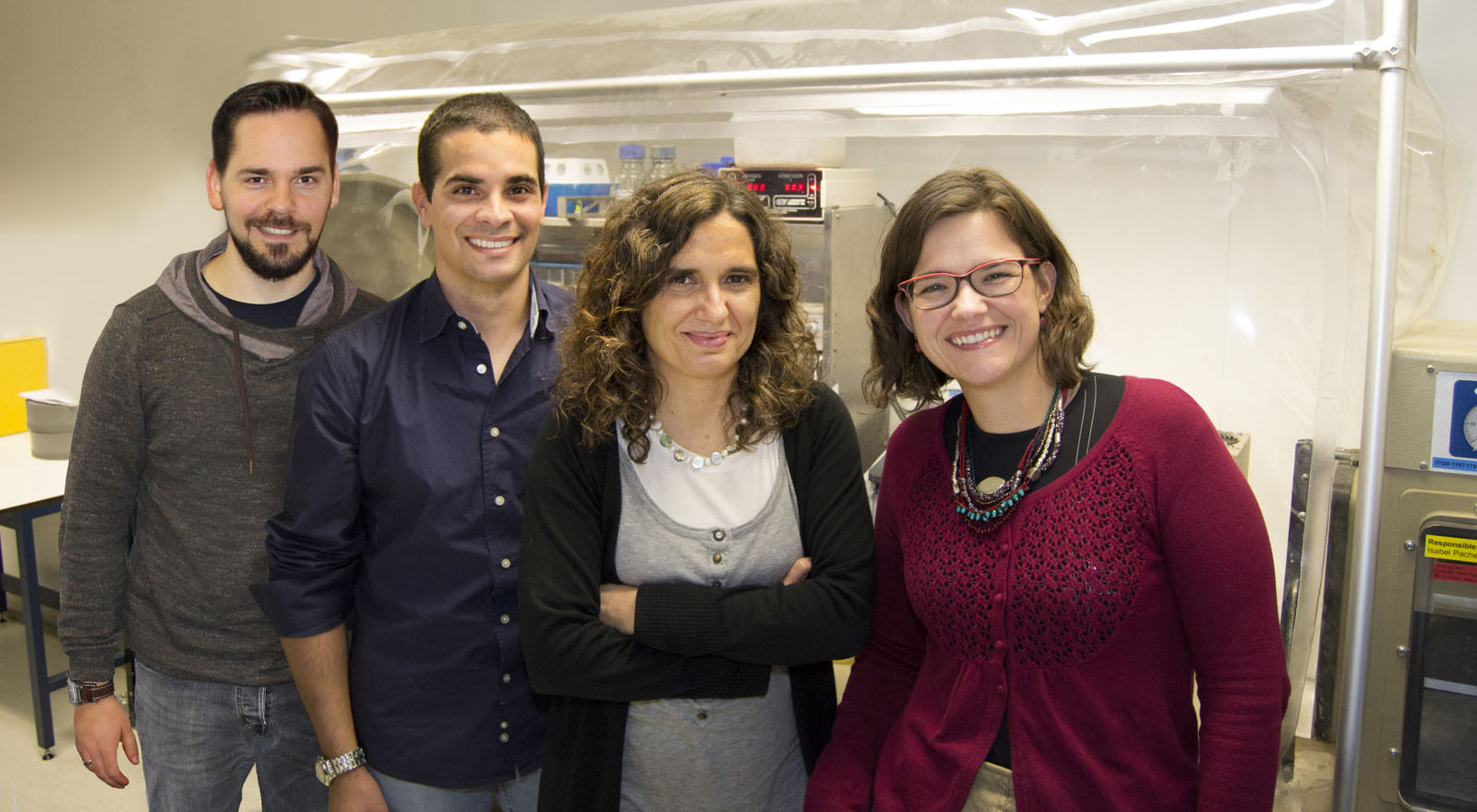 A team led by researchers at the Instituto de Tecnologia Química e Biológica of the Universidade Nova de Lisboa (ITQB-NOVA) has identified a new step in the process whereby certain bacteria produce energy from sulphur. Their findings, published in the latest issue of the leading journal Science, shed light on a long-standing mystery about the metabolism of the so-called sulphate-reducing bacteria, and question the description of this process found in microbiology textbooks.

The study describes how bacteria that use sulphur compounds in the process of respiration produce energy to survive, in a process that has been described in three steps. Until now. The ITQB-NOVA team’s findings raise the number of steps to four. The fourth step involves a compound that is made by a membrane-bound protein. It’s discovery explains how the bacteria set up an asymmetric distribution of electric charges across the membrane – a crucial step for energy to be produced, as Inês Cardoso Pereira, who led the study, points out.

For Inês Cardoso Pereira, these results will lead to a rewriting of the textbooks, and re-thinking of the models used by other scientists, too. Sulphate-reducing bacteria live in environments where oxygen is scarce, such as marine sediments, and are essential players in one of the most important geochemical cycles on Earth. Geochemists use the rate at which sulphur is processed as a marker to define the Earth’s atmosphere over geological ages, so because of these latest findings, they will have to revise their mathematical models.

These bacteria are also found in human gut flora, which means that these findings also have a potential impact on health and disease, as they give researchers a new target to block the inflammatory action of the bacteria in the gut.

The research project was funded by FCT, the National Science Foundation (USA) and the Deutsche Forschungsgemeinschaft (Germany). One of the authors of the study received a FCT PhD Studentship, and another a FCT post-doctoral fellowship. Inês Cardoso Pereira’s laboratory is in the GREEN-IT R&D unit, which was graded as Very Good in the latest FCT review of R&D units (in 2013/14).

– Detail of a marine sediment (Ria Fromosa, Aveiro), where the black area around the crab reveals the presence of sulphate-reducing bacteria.

– Colinies of sulphate-reducing bacteria grown in the laboratory. As in natural environments, the lab-grown bacteria are black due to the sulphur produced as the final product of respiration.