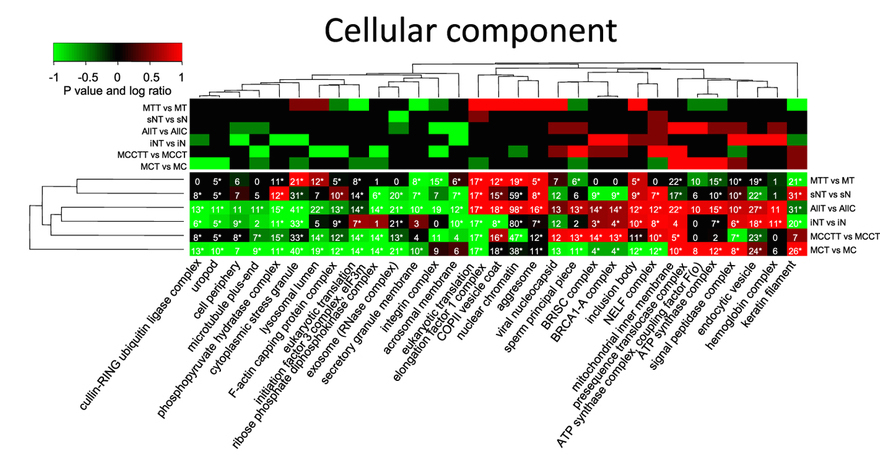 The often-long process of discovery and development of a new drug includes a crucial step of examining how the putative drug affects different functions of the cells it will come into contact with. This is known as global drug profiling, and is based on large-scale analyses of the switching on or off of genes in cells, or of changes in the type and amounts of proteins produced in cells.

All approaches generate large amounts of data and imply detailed and careful analyses of the data. A team of researchers at the Instituto Nacional de Saúde Dr. Ricardo Jorge, Lisbon, led by FCT Investigator Rune Matthiesen, has developed a method that significantly simplifies the workflow involved in drug profiling and, crucially, allows better characterisation of the impact of drugs in different compartments of the cell. Their findings have been published in journal Nature Scientific Reports.

The team took a holistic approach to the problem and separately analysed five subcellular fractions, rather than whole cells, as typically done. The fractions were obtained by biochemical extraction procedures applied to cells in culture, treated with a drug. They correspond to different compartments of the cell: nucleus (soluble and insoluble fractions), mitochondria, microsomes (the vesicles formed from the endoplasmic reticulum of a cell) and microsomes + cytosol (the cytosol is the liquid which fills the volume of the cell).

Rune Matthiesen and his team then applied the technique of mass spectrometry to each fraction, to look at changes in the whole range of proteins in a cell, that is, its proteome. This allowed for greater coverage of the cell’s proteome when compared to non-fractionated, single-shot samples: 18 889 proteins were identified, corresponding to 6 279 unique genes.

Furthermore, and crucially, subcellular fractionation allowed a more detailed insight into whether and how proteins are differently regulated in different compartments of the cell.

These findings have attracted collaborations with pharmaceutical companies as well with several other research groups, both in Portugal and internationally.

This study was fully funded by FCT, through Rune Matthiesen’s funding as an FCT Investigator, a post-doctoral fellowship (awarded to Ana Sofia Carvalho, the first author on the paper) and an FCT Exploratory Project Grant.