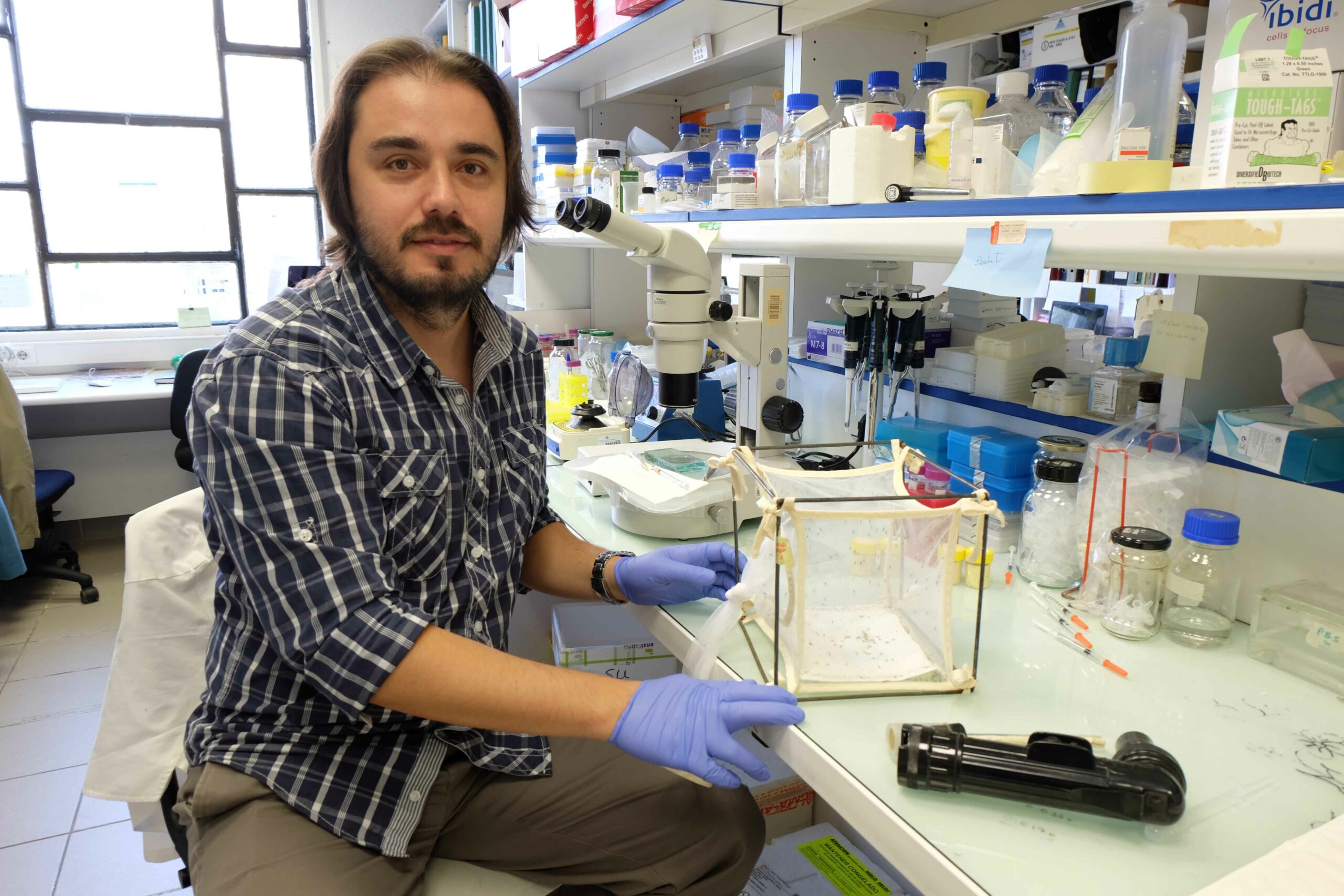 In December 2014, as a PhD student at the Instituto Gulbenkian de Ciência (IGC) Bahtiyar Yilmaz published the article “Gut microbiotic elicits a protective imune response against malaria transmission” in the prestigious scientific journal Cell. The study describes the ability of a certain type of bacteria in the gut to stimulate the immune system against the malaria parasite, by stimulating the production of antibodies against a sugar found on the surface of these bacteria. In addition to the article published in the journal Cell, his work was recently recognized with the 2015 Pfizer Award in Basic Research.

The protective effect now revealed in Bahtiyar Yilmaz’s study may be induced by a vaccine, which prompts the immune system to produce high levels of those circulating antibodies. Experiments in mouse models of the disease suggest that the approach used in this study may guide the development of a vaccine to block the transmission of the malaria disease in humans, and thus, potentially, save many lives.

The research team, led by Miguel Soares, observed lower amounts of these antibodies in young children, under the age of five, which increase into adulthood. This may be the reason that children living in the endemic areas of the disease are more susceptible to infection than adults.

Every year the Pulido Valente Science Prize distinguishes the work of a young researcher, less than 35 years old, in the area of Biomedical Sciences. Funded by FCT and Pulido Valente Foundation, the prize is worth 10 000 Euros.